Ask anyone to name the 5 most beautiful cities in Europe and rest assured that they will include Prague in that list. The capital and largest city of the Czech Republic is a true gem of culture, history and architecture, so much so that in 1992 the Old Town’s Historic (and gorgeous) Centre Square has been added to the UNESCO World Heritage Sites list. Being literally in the city centre of Europe makes Prague a super accessible destination. In fact, Prague (along with London and Athens) is my most visited holiday city destination – besides the cities / countries I have lived in; I traveled there for a long weekend in the spring of 2011, a week in the summer of 2015, and another long weekend in the winter of 2017, and loved every bit of it.

So without further ado,

here are the 5 things not to miss when visiting Prague:

Also known as the “spit cake” or the “round doughy grilled pastry thingy”, this delicacy is traditionally topped with sugar, walnuts and/or cinnamon, although nowadays you can also find some other toppings such as chocolate. It is so yummy (just imagine the taste of warm pastry and burnt sugar and then thank the person who came up with this idea) and you can find it all over Central Europe including Hungary, Slovakia and Austria. You will find it being sold in countless open stalls around Prague, which also gives you the exciting opportunity to see the pastry being made fresh and grilled for you on open fire. Enjoy!

(a) Admire the Church of Our Lady before Týn

Trdelník in one hand and camera in the other, you can now start sightseeing! And there is no better place to commence your Prague journey than the stunning Old Town Square (Staroměstské náměstí), which, in my opinion, beats in beauty the old town squares of so many other European cities. Dominating the east side of the square is one of my favourite gothic buildings I have ever seen, the splendid Church of Our Lady before Týn. Standing there since the 14th century, it was preceded by a different church built by foreign merchants coming to the nearby Týn courteyard, and is photographed by millions of tourists every year.

Fun fact: The church’s most attractive features are its two 80m tall towers that may appear identical, but actually lack symmetry. In fact, one of the two towers, Adam, is taller and wider than the other, Eve, which represents the masculine and feminine sides of the world; a distinct feature of gothic architecture. Legend has it that the two towers inspired Walt Disney’s Sleeping Beauty Castle!

If you happen to be in the Old Town square when the clock strikes an hour, you will see dozens, even hundreds of people looking upwards at Prague’s medieval Astronomical Clock, which is mounted on the wall of Prague’s Old Town Hall and dates back to the 1400s. The clock has three components to it: the astronomical dial, which represents the position of the Sun and the Moon as well as other astronomical details, “The Walk of the Apostles”, which is an hourly show of the 12 Apostles and other moving sculptures, and a calendar dial with medallions representing the months of the year. Definitely the most famous sight in the Old Town Square (and maybe the whole of Prague). Watch the clock turn 600 years old in 2010 with an amazing light show projected on the clock tower here.

3. Stroll across the Charles Bridge at sunset

One of the most enjoyable and memorable experiences in Prague is definitely scrolling across this romantic bridge, which was constructed in the 14th century and is nearly 14m long. Commissioned by King Charles IV, the bridge towers over the Vltava river and is decorated by 30 baroque-style statues and statuaries. Looking for a souvenir? You can buy one of the many water-colour paintings on display, have your portrait made by the talented artists scattered on the bridge, or buy a magnet, keyring or even handcrafted jewellery sold on stalls. But be warned, you will pay a pretty price for all of them compared to the rest of Prague! Sunset time and nighttime are my personal favourite times to walk on the bridge. Not only do you avoid the huge crowds, but you get to experience the magical surroundings, such as the Prague Castle in the distance, light up, offering a sharp visual contrast in the night’s darkness.

4. Hike up to Prague Castle

Once you are on the bridge, you can continue hiking up to eventually reach the Castle District (Hradčany), which includes the Castle, as well as buildings such as the St. Vitus cathedral (largest and most important temple in Prague) and the Basilica of St. George. The Castle, which was built during the 9th century, is the official office of the President of the Czech Republic, and attracts nearly 2 million tourists every year! If you are lucky you will be there during the changing of the guard, as it is a cool moment to experience (I was gonna say you can ask the guard when the next change is gonna happen but they tend to not talk much). For approximately €16 you can skip the huge tourist lines, explore the Castle, St. Vitus Cathedral, the Old Royal Palace etc and enjoy a 20min introductory overview of the castle complex. Being someone who waited 20 minutes in 38°C to enter St.Vitus Cathedral in August of 2015 (still traumatised by this experience), I would advise you to buy the ticket and skip the damn queue. Prices and types of tickets you can purchase can be found here.

Fun fact: The Cathedral of St. Vitus is not only hosting religious services, but coronations of many kings have also taken place here as well as burial services of several patron saints, noblemen and archbishops.

5. Enjoy a good night out 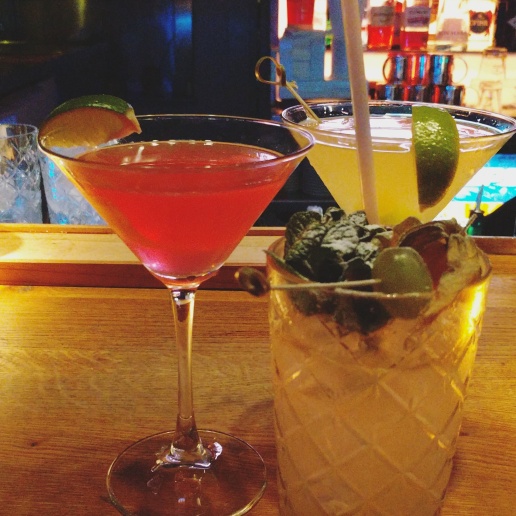 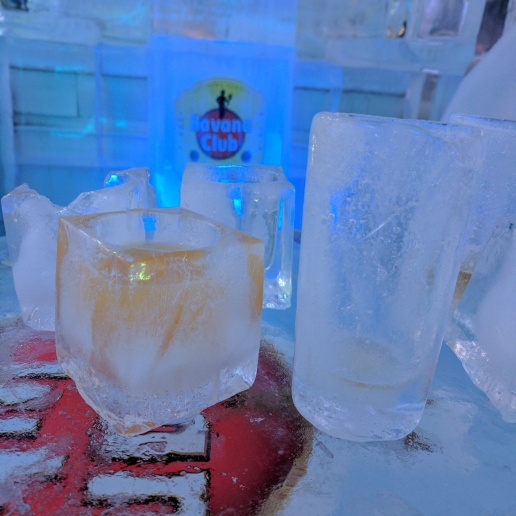 Let’s not kid ourselves. Besides its sightseeing and historic appeal, Prague is one of the ultimate party destinations in Europe! Tons of bachelor and bachelorette squads land there every single day and fill the clubs and bars of the Czech capital. Reasons that Prague attracts a party crowd? Well, for starters the huge variety of places to drink and dance in is hard to say no to: from giant Ibiza-style clubs to indie venues, from classy cocktail bars to nice restaurants, and from theatres (enjoy a black light theatre performance) to live gigs. And of course the fact that a quality pint of beer there won’t cost you an arm and a leg (although Prague is getting more expensive as we speak) makes the city even more attractive.

6. Get lost in the Jewish Quarter

Beautiful Synagogues, including Europe’s oldest active Synagogue, Staronová (also known as the Old-New Synagogue), cute cobblestone streets, the Old Jewish cemetery and interesting museums is what you will find in the Jewish Quarter. The Quarter’s fascinating and tragic history is evident everywhere and, interestingly, the historical monuments form what is called The Jewish Museum in Prague. You can gain entry into the museum monuments by purchasing a ticket (around £11, reduced admission £8) or going on a Jewish Quarter Walking Tour (guided tour that includes the museum entry). Note that the ticket does not include the Old-New Synagogue, which requires a separate ticket (£5 – £7).

Fun fact: Franz Kafka, the novelist and short-story writer, who is considered one of the most important figures of 20th-century literature, was born in the Jewish Quarter and buried in the New Jewish Cemetery. If you are strolling through the Jewish Quarter you will probably encounter his statue, an outdoor sculpture inspired by a character in Kafka’s first novel “Amerika”. The statue depicts a political candidate sitting on the shoulders of a giant faceless man and carried around by him through the streets of Prague.

Have you ever visited Prague?

What are your favourite things to do there?

Thank you for stopping by terrIFIc wanders.

Do not forget to pin the images in your Pinterest board!